Love in times of Brexit

The moving company in the United Kingdom traces its origins back to the Davies Turner family business, which was formed in the 19th century to move the Victorian adventurers of the day. Over the years, the company placed an increasing emphasis on logistics and sold the removals division to the current CEO, Nick Kerr.

Expertise in every aspect

Our colleagues in the United Kingdom can handle every international move, from start to finish. They have their own movers, warehouses, sales and marketing division, and of course a team of move managers who successfully complete every order.

“I started out as a 17-year-old kid in the art and antiques division of the company,” operations manager Steve Wakley tells us. “I learned the profession through packing art and antiques. And believe me, if you are good at packing these valuable items, you are also more than capable of packing up personal belongings!” In 1986, Steve became the team leader of a moving team at the age of 21, and in 2013, 27 years later, he was promoted to field manager. “We actually get a lot of compliments on how we pack goods. I always kept an eye on things, and even though I was wearing a suit then, I always had my old work clothes with me in case I need to jump into the fray and lend a hand. In 2018 I was promoted to operations manager which is testing me once again, but still keep my work clothes handy, ready to jump into my old role when needed.”

Part of the Gosselin family

When we called move manager Julie Davis, she had just gotten off the phone with her colleague Ivana from Croatia. “Before we became part of the Gosselin family, we worked with agents for international moves. These days, I have colleagues I can work with for intra-European moves. It makes a huge difference. If we want to book interesting clients, we go after them together, and this works well.”

Operations director Tony Hutchison also agrees about the positive results the merger has had. “We have managed to attract a new group of clients. Large companies employing lots of expats actively seek us out and want to meet with us. Now that we have our own offices throughout Europe, we have a convincing argument for why they should do business with us.”

The impact of Brexit

“In spite of this new, attractive position in the market, we are really feeling the impact of Brexit,” sales director Tim Daniells adds. “Many multinationals are postponing strategic decisions until there is certainty about Brexit. You can imagine the consequences of this. Lots of companies have adopted a wait-and-see attitude and the mobility of their expats is decreasing. Once Brexit is behind us, the market is sure to pick back up again.”

One thing that stands out is that so many employees in the United Kingdom have been working for the company for decades. It might seem a bit strange in today’s world where job hopping has become the norm. We want to know the secret behind this unique recipe. What is the glue keeping everyone together?

“As is the case with the best families, there are days that we don’t agree,” says Steve. “By the end of the day, we always manage to patch things up again. Nick Kerr places a huge emphasis on the human aspects of doing business. That’s the only explanation I can come up with (laughs).”

“A family atmosphere dominates in this company,” Tony says. “The people who start here usually end up staying. Nick is a great guy to work for. His contribution is a crucial ingredient in the recipe.” 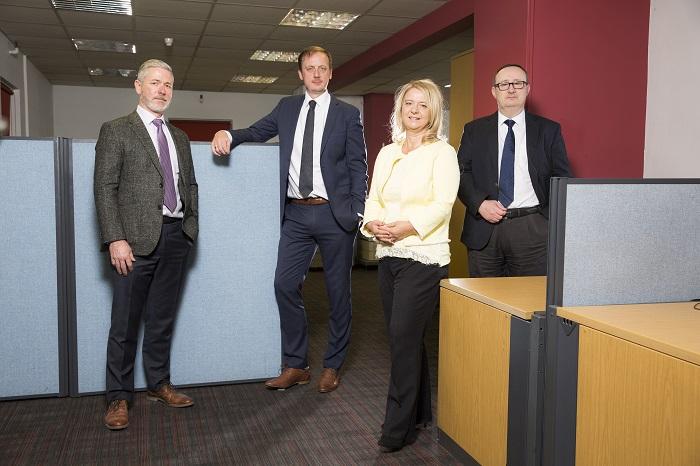 It started with a phone call

Many art moving projects involve a great deal of planning, hard work and precise time management. This is even more so when the project involves shipping precious art objects on behalf of Sergio Mattarella, President of Italy, to the residence of the President of the Republic of Armenia, Armen Sarkissian.