Statue of a saint

Every now and then, Gosselin receives a request to move unusual objects. Recently, our team in Italy moved a statue of the murdered Archbishop Óscar Arnulfo Romero from El Salvador to Rome. Stefania Petrocchi and Roberta Tanzi were responsible for ensuring the move at destination went off without a hitch.

This wasn’t the first time the team was involved in a move like this one. As a specialist in moving fine art, this was an interesting job for them, particularly since Stefania Petrocchi and Roberta Tanzi are fluent in Spanish. This was truly right up their alley. They handled the import clearance and the delivery of the statue.

On October 13, Roberta and Stefania were right there for the official inauguration. In the “Giardino El Salvador” in Rome, large numbers of Salvadorians and prominent individuals met to officially install the statue. A few of the important guests included the Ambassador to El Salvador in Rome, Sandra Elizabeth Alas Guidos, the President of El Salvador, Salvador Sánchez Cerén, the Mayor of Rome, Virginia Raggi and many Latin-American diplomats as well as representatives from the Catholic Church.

The Embassy of El Salvador requested to move the statue, made by artist Guillermo Perdomo, to the “Giardino El Salvador” in response to Romero’s canonization at St. Peter’s Square. The initiative was started with the goal of reinforcing the ties with the more than 40,000 Salvadorian citizens living in Italy. According to the embassy, Romero is not only a historical figure in this context, but also acts as a spiritual guide for El Salvador and a reference for human rights.

In 1980, Archbishop Óscar Arnulfo Romero was shot in the heart at the age of 62 during a mass held in a hospital chapel. It happened one day after he had called on the army to stop killing innocent civilians. Romero was a major champion of social justice. 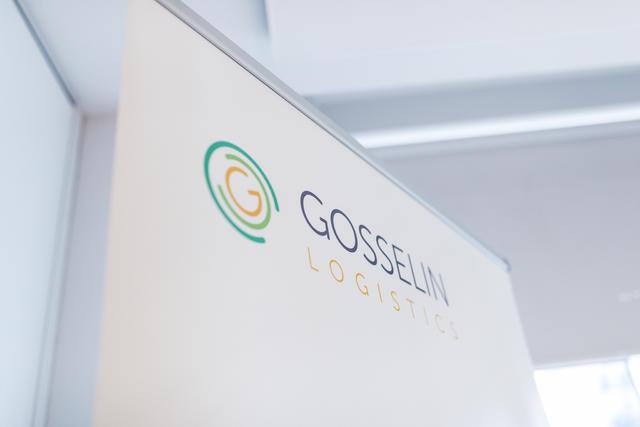 Gosselin Mobility is a division of the Gosselin Group that has its headquarters in Antwerp, Belgium. The company was founded in 1930 and employs 830 co-workers that generate more than 300 million euro in turnover.