Starting on February 1, 2020, containers sailing to and from the Port of Antwerp via the Albert Canal will be consolidated at the Gosselin terminal on the Albert Canal. From there, they will be loaded in groups of at least 20 containers onto a barge and transported to one of the deep sea terminals. This new working method is being implemented on the recommendation of and in cooperation with the Antwerp Port Authority and the Flemish Region authorities.

“We are 100% ready,” says Marc Smet, CEO of Gosselin Group. “Last year we expanded our terminal by adding 20,000 m², putting us in the ideal position to handle the extra volume.

Since 2018, the Antwerp Port Authority and the Flemish Government have designated consolidation hubs at various navigational corridors leading to the port. The goal is to support inland container transport by bundling volumes.

Effective February 1, 2020, the Gosselin Container Terminal in Deurne started serving as an additional hub in this support program. Inland navigation operators will also be able to bundle volumes here for a transfer charge of five Euros. The consolidation hubs will then make the arrangements for transport from and to the maritime terminals for a fixed transport rate per hub.

Bundling volumes is one of the mainstays of the inland container transport action plan, the goal of which is to increase the call sizes for inland vessels at the maritime terminals thus optimizing handling. Bundling volumes is possible via partnerships with other operators or by exchanging containers in the hinterland, via the above hubs or in another fashion. 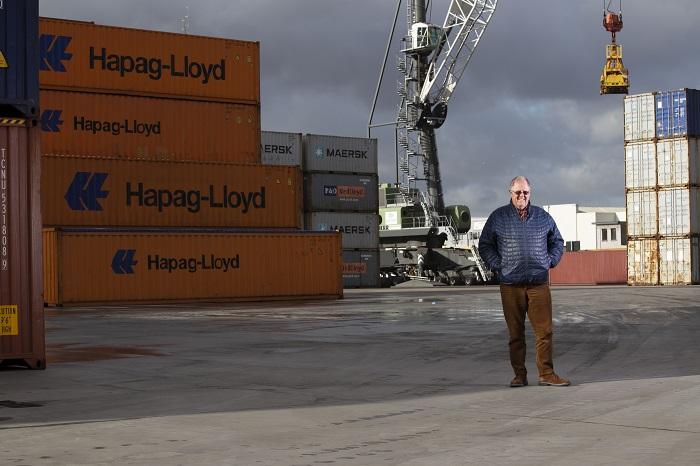 About the Gosselin Group

Founded in 1930, Gosselin currently employs more than 800 people who generate total sales of over 300 million Euros. Gosselin’s headquarters is located on the Albert Canal in Deurne where the container terminal connects the ports of Antwerp, Zeebrugge and Rotterdam with the European hinterland. With 56 offices in 34 countries, the company has strong representation in Europe, Eastern Europe, Russia, the Caucasus, Central Asia and China. The Gosselin Group consists of two divisions: Gosselin and Gosselin Logistics.

“My dream of becoming a truck driver came true”

Tomas started working as a mover in 2009. Thirteen years later, he has made his dream of becoming a truck driver come true, thanks to the support of HR, and he’s now a team leader in the moving division.