Moving is in Luc Premereur’s blood, and he has been working in the moving sector since he was 18. “I first worked in operational positions such as dispatching,” Luc says. “After that, I moved to sales, and started handling commercial work for corporate and diplomatic customers. In the last ten years, my sole focus has been on diplomatic moves.”

What makes a move for diplomats different than a move for a private person or company?

“The destinations for diplomats are completely different. Very few if any companies will send expats to Ndjamena in Chad, Bangui in the Central African Republic, or Harare in Zimbabwe. These are however normal destinations for diplomats. All of these countries have special procedures for import and export and for obtaining diplomatic accreditations and exemptions. There are a variety of factors that determine the budget for a move. This is just an indication of how complex a diplomatic move can be.”

Why is Gosselin the ideal partner for diplomatic moves?

“First of all, because of the enormous amount of experience Gosselin has in this specialized field. Secondly, our pan-European network of offices lends itself perfectly to the world of diplomats: many embassies have delegations in countries where we have offices. Take for example diplomatic hubs such as Brussels, Rome, Moscow, Prague and Bern. We also benefit from our unique presence in the Caucasus and Central Asia, in countries such as Azerbaijan and Kazakhstan. These are areas where Gosselin’s footprint really comes in handy.”

Diplomats move often. Do you develop a personal relationship with them?

“Diplomats are subject to a rotation of two, three or four years per assignment, and move very often. This means that many of our customers are repeat customers. I recently spoke with someone I will be moving for the seventh time. This person has become like family to me. Sometimes I see my customers more than my own family (laughs).”

Many of Gosselin’s employees know the tricks of the trade, whether they are stationed in Rome, Moscow or London. In Belgium, there are around 10 employees who are skilled in handling diplomatic moves. For two of them, Jill Van de Weyer and Tonnie De Coninck, this is all they do.

At which point during a move do you two get involved?

“Luc handles the commercial aspects for the customer,” says Jill, a seasoned professional with nine years of experience. “As soon as the quote is approved, the file is sent to us, and we are responsible for the move management; in other words, all of the practical aspects of the move.”

“During the move we are almost constantly in contact with our customers,” adds Tonnie, a true veteran with 15 years of experience. “We are there by their side during every phase of the move, providing recommendations and advice.”

What makes a move for diplomats so unusual?

“Diplomats are high-maintenance customers. They know their own world very well, have already moved dozens of times and know exactly what they should expect,” according to Jill. “Their moves often involve a combination of ocean freight, air freight and a car that also has to be imported from another country. Diplomats don’t pay import duties on new cars, so they take them with them when they move. Every country still has specific rules in that regard; some prohibit the import of cars that run on diesel, for example.”

“The exotic destinations can also add the expected degree of complexity to these moves,” according to Tonnie. “Different customs are often the norm in less accessible parts of the world, and it’s not unheard of for a cargo ship to be moored for a month before it’s unloaded. Obviously, we have no control over the way ports and customs authorities work. This doesn’t make it easy to prepare schedules. Fortunately, our extensive experience has taught us how to make accurate estimates.”

“Of course,” Jill says without hesitation. “We wouldn’t do it if we didn’t! I really like the intensive contact with customers. These are often repeat customers who still remember you from their last move, which is nice.”

“The challenges we face every day aren’t always predictable,” Tonnie says. “This is what makes the job so interesting; no two days are the same.” 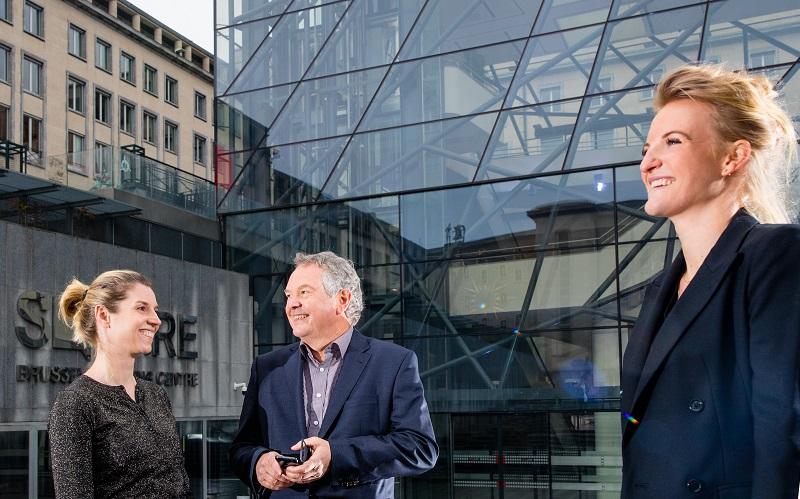