Niko Pirosmani never could have known that his works would travel the entire continent after his death. Destitute at the time of his passing one hundred years ago, the Georgian artist’s work is now worth millions. Pirosmani didn’t achieve international recognition until after his death, inspiring greats such as Picasso.

The naive images of traders, laborers, historic figures and animals created by the as-yet-unknown Niko Pirosmani achieved world fame shortly after his death in 1918 when an exhibit on Georgian art travelled around Europe. One hundred years later, Gosselin is packing up this artist’s work once again for a trip from the Georgian capital of Tbilisi to Tallinn and Paris.

The ten Pirosmani works in the exhibit are worth a total of 17 million Euros. Gosselin’s team in Georgia arranged the complete move to Tallinn. In a matter of one week - which included a few all-nighters - the team made the customized crates that would keep the works safe on the airplane. The foam inside protects the pieces from shocks, and a special tissue paper prevents damage to the layers of oil paint.

In the museums’ sights

Gosselin is very experienced in moving unusually expensive works of art, according to John Braeckeveldt, regional manager for the Caucasus. “After successful moves for museums in Italy, Georgia and Paris, the museums and the embassies know how to find us. We treat a painting that is hanging on a private individual’s wall with just as much respect as a piece for a museum. We give every move the greatest attention to detail.”

Wearing silk gloves, Gosselin employees packed the works in the crates, which were then brought to the airport accompanied by a police escort. John: “It goes without saying that you don’t take a single risk with works like these. Moving is teamwork and everything has to be absolutely perfect: the customs documents, the reservations for the airplane, transport to and from the museums, the team that will unpack the works at the destination and so on. Every aspect of the move must be perfectly aligned with the previous one. Our team really did a fantastic job over the past few weeks.”

For further info on the exhibit, please click the link: 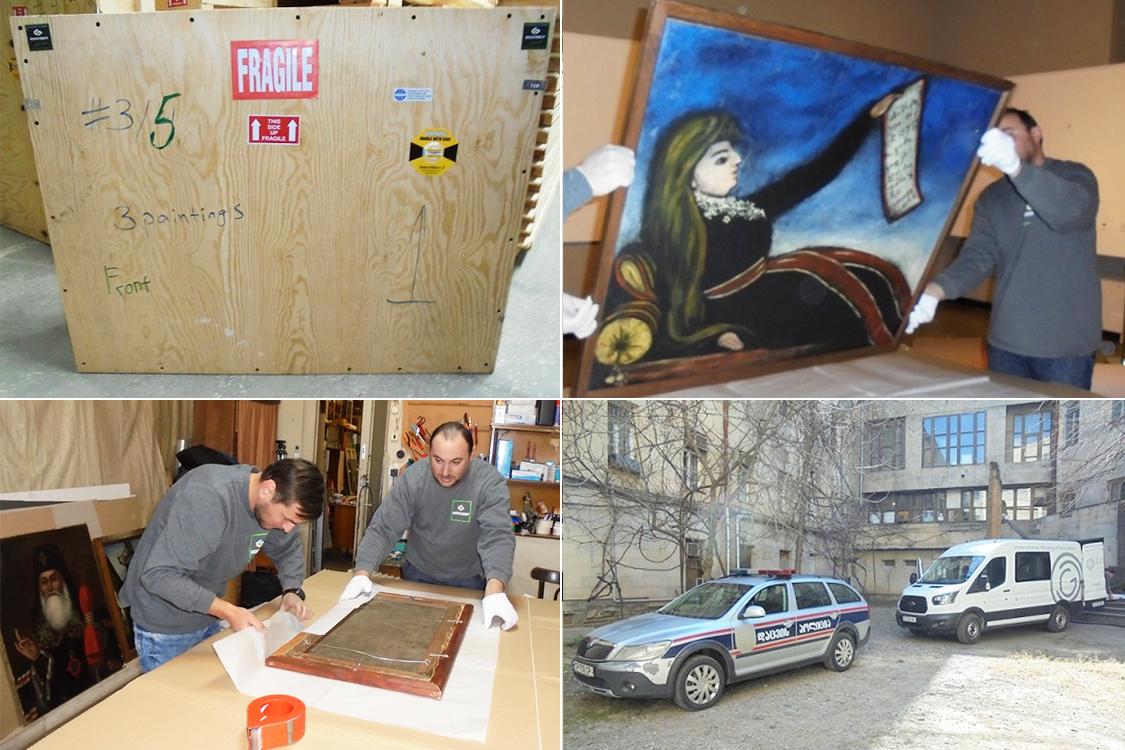 Gosselin is a leading provider of international moving and relocation services. Our clients are  multinationals, relocation management companies, expats, diplomats, military personnel and private persons. Gosselin has 56 offices in 34 countries and has a strong presence in Europe, Eastern Europe, Russia, the Caucasus and Central Asia.

Gosselin has its headquarters in Antwerp, Belgium. The company was founded in 1930 and employs 830 co-workers that generate more than 300 million euro in turnover.